Some countries around the world have been experiencing serious population crisis, forcing the government to take measures to encourage people to have more s*x.

In Nigeria, discussing s*x publicly is seen as a taboo and the person who dares go against the norm is either debased, morally corrupt or either a pervert. S*x education is discussed in hush tones while parents go to a great length to shield their children from being corrupted.

Being the overtly ‘religious’ people that we claim to be, discussing anything that has to do do with s*x is seriously frowned upon and you will be branded a lewd, licentious, lascivious, or at most, lecherous.

But do you know that there are countries that encourage its citizens to have more s*x? Sounds ridiculous, right? Hey, wait a minute, not only are those countries some of the most advanced but their governments even go the extra mile to make people get some more…. and some more.

Most of these countries have a special reason for encouraging their people to get under the sheets as often as possible. Some of such reasons could be a decline in their population, fertility issues, psychological and mental issues but the bottom line is that they do everything possible to get people to have more s*x.

See the list of top 10 countries whose governments take the issue of s*x seriously. 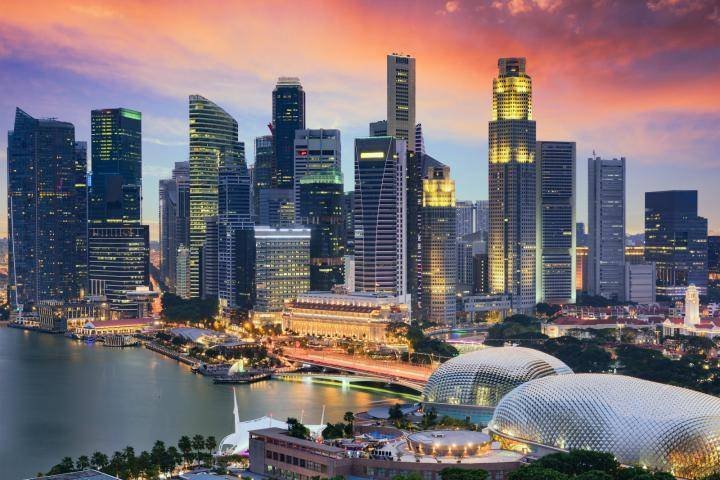 10. Denmark
In Denmark, one of the countries with a very stable economy, citizens are told that by having more s*x and breeding kids, they are doing it for the country.
The Nordic country has a very a low fertility rate with about 1.73 children per woman being sired. It got so bad that Spies Rejser, a Danish travel company, came up with an ingenious incentive to persuade women to get pregnant.

Rejser promised to provide three years’ worth of baby supplies to couples who conceived on a vacation booked through the company.
They also came up with a sexy campaign video titled ‘Do it for Mom,’ which guilt-trips couples into having kids to give their precious mothers a grandchild.

9. Russia
In Russia, having more s*x is seen as something that every couple should indulge in not only for pleasure but to increase their population.

Vladimir Putin’s country realized that they were experiencing a demographic storm with men dying young while dangerous diseases like HIV/AIDS and alcoholism were crippling the country and its economy. They also found out that women were not making babies enough.

The problem got so bad that in Russia declared every September 12 as the Official Day of Conception in 2007.
On the most revered day where couples are encouraged to stop work and every other commitment to have s*x, a public holiday is declared and couples are told to focus on having kids.

This does not come without rewards as any woman who gives birth to a baby exactly nine months after gets to win a giant refrigerator with the child given a full scholarship from primary school to the university level. 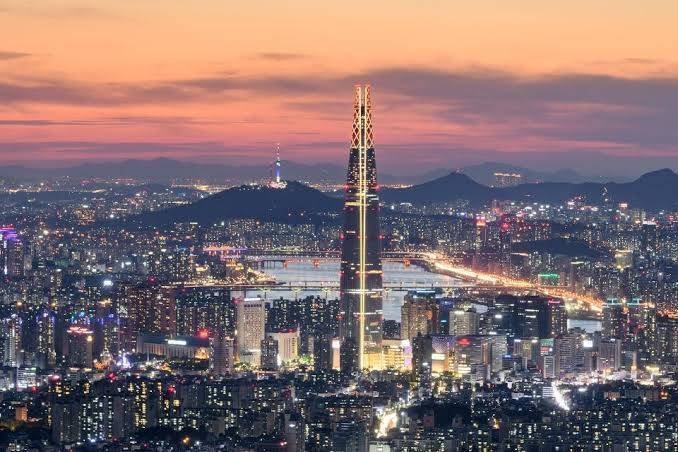 8. Japan
Japan has one of the world’s lowest fertility rate and has been on the downward decline as far back as 1975 with a lot of people switching off s*x.
In 2010, a group of student researchers from the University of Tsukuba, introduced Yotaro, a robot baby that gives couples a preview of parenthood and followed up with a study reports that if men and women begin thinking of themselves as potential fathers and mothers, they would feel emotionally ready to take a stab at the real thing.
Seeing this as a way to solving their population decline, the government latched on to it and made it a national policy where people were encouraged to have more s*x with some fantastic rewards thrown into the bargain.

7. Romania
Romania has been experiencing a retarded growth rate for over four decades now starting from the 1970s when their population began to dwindle, giving the government a lot to worry about.

As the population growth rate plummeted, the worried government decided to impose a 20% income tax for childless couples and to implement provisions that made divorce nearly impossible.

The idea was behind this measures was that if you weren’t contributing to the communist state by creating future laborers, you had to contribute in cash instead.

The measure made the people sit up and women were forced to face gynecological examinations that were performed by demographic command units to ensure pregnancies went to term.

The growth rate is still low in Romania today but there has been great improvement as people get into the sack often and make babies. 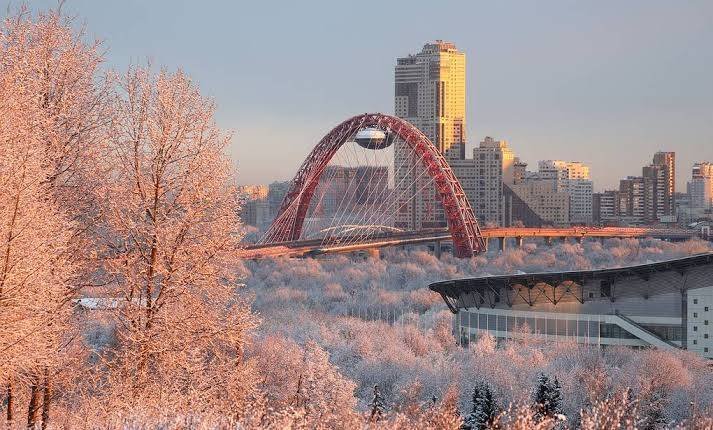 6. Singapore
Despite having of the best economies in the world, Singapore also has the lowest fertility rate in the universe with just 0.81 children per woman.
Worried about the awaiting calamity, the government hit on a plan and on August 9, 2012, held the first ever National Night, an event sponsored by the breath-mint company Mentos, to encourage couples to let their patriotism explode by way of having more s*x and making more babies.

The country also placed a limit on the number of small one-bedroom apartments available for rent to encourage people to live together and have s*x, thereby procreating regularly.
Each year the government of Singapore spends roughly $1.6 billion on programs to get people to have more s*x.

5. South Korea
Did you know there is a national holiday in South Korea known as the Family Day? The third Wednesday of every month is the Family Day in that Asian country where offices close down from 7 pm and couples are encouraged to hurry home and get cozy.

With a fertility rate of just 1.25 children per woman, the South Korea takes every step it can to promote family life, even offering cash incentives to people who have more than one child.

4. India
India has been hit by a population explosion which climbed to 1.324 billion in 2016 but before then, there was a gross scarcity of children due to a fertility problem which prompted the government to think deep and come up with far reaching decisions to encourage the people to have more s*x.

Though the cities have benefited from this population increase, the rural communities have been witnessing heavy decrease as populations have been shrinking. At the last count, the number of people in India’s Parsis community shrank from roughly 114,000 people in 1941 to just 61,000 in 2001.

Read Also:  7 Ways To Know When You've Discovered Your Soulmate

That problem led to a series of provocative advertorials including one that read: ‘Be responsible — don’t use a condom tonight.’

Another advertorial geared toward men who lived at home, asked: ‘Isn’t it time you broke up with your Mum?’
All these were aimed at making the citizens get into the sack and get intimate so as to birth forth tiny little patters.

3. Italy
Italy has always had a fertility problem with the rate put at 1.43, which is well below the European average of 1.58. The problem was so disturbing that the government took an approach, albeit seen as controversial, to encourage citizens to have more kids.
A Bloomberg report had it that the country began running a series of advertorials reminding Italians that time might be running out and that kids don’t just come from nowhere.

One of such ads read: ‘Beauty knows no age, fertility does,’and another said: ‘Get going! Don’t wait for the stork.’
However, most couples seem not to respond to these guilt trips but the government is not relenting in its effort to get people to hit the sack as often as they can. 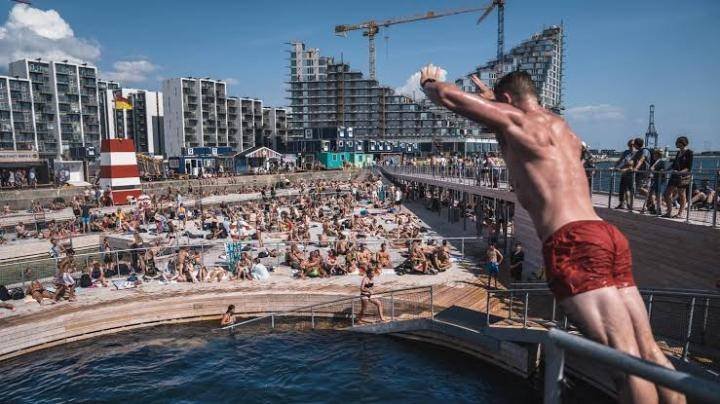 2. Hong Kong
This beautiful Asian country made up of Hong Kong Island, Kowloon Peninsula, and the New Territories, has been battling with a s*x problem with a fertility rate of just 1.18 children per woman.

This worrisome index saw the government stomping up an ingenious campaign in 2013 by proposing a handsome cash reward to couples to encourage them to have kids.

The idea took was modeled after the Singaporean style where parents receive a ‘baby bonus’ of around $4,400 for their first two children and $5,900 for their third and fourth.

1. Spain
In January 2017, the Spanish government appointed Edelmira Barreira as it’s Minister for S*x and her first job was to urge couples to have more babies and reverse the nation’s plummeting birth rate.

It was revealed in a study that the culture of long working hours and late nights was the cause of the nation’s s*x famine and Barreira was to persuade people to get busy between the sheets.
With the country facing a severe population crisis, Prime Minister Mariano Rajoy appointed Barreira as the country’s s*x tsar to get Spaniards to produce more babies.

The government hoped to boost Spain’s falling birth rate which is one of the lowest in the developed world.
Since 2008, the number of births in Spain has plunged by 18 percent and the number of childless couples nearly tripled from 1.5 million in 1977 to 4.4 million in 2015, which was a big worry to the government and they decided on a number of measures to encourage people to have s*x often.

Spread the love to your friendsCancer avoidance incorporates activities taken to lessen the danger of having the sickness. The objective of essential anticipation is to…

Spread the love to your friendsIndividuals with a strict presence are experiencing these (7) ordinary matters. Some present isn’t hard to perceive, even as two…

Spread the love to your friendsFrom multi week to another we invest a ton of energy in our vehicles. Regardless of whether it’s heading to…

Spread the love to your friendsDriving significant distances is portrayed by exhaustion. In this manner, a little comfort with a vehicle mat can go far…

Spread the love to your friendsOut of avalanche challenges we are confronted with as a Party, Mr Tunde Balogun is more concerned about imposing her…

Spread the love to your friendsThe ancient Egyptian city of Heracleion was once a legend, something known to modern man only by myth and ancient…

Spread the love to your friendsGarcinia kola (sour kola) additionally called African surprise nut, is a species of flowering plant life belonging to the own…